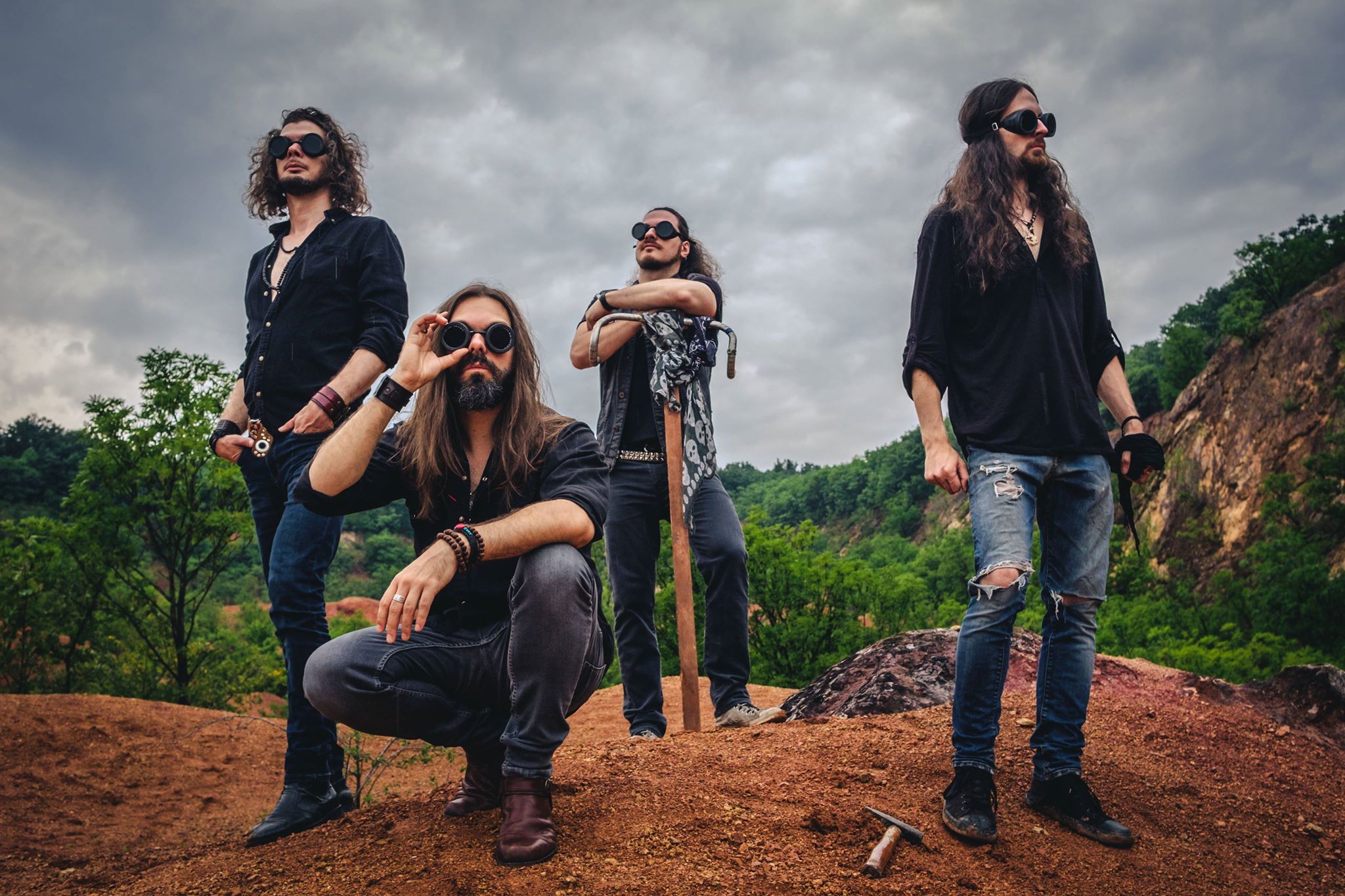 Ozone Mama looks back to a history of more than a decade now, but after a long period of experimentation, they’ve put themselves on the map of rock music with their debut record ‘The Starship Has Landed’ in 2012. And with this landing, they arrived in such a way that won them the ‘Newcomer of the Year’ category of the Fonogram – Hungarian Music Awards, sometimes dubbed as “the Hungarian Grammy”.

Not giving a damn about the expectations of the Hungarian pop industry, they started playing authentic American sounding rock music with lyrics of the genre’s native language, English. Their musical world has its roots in the melodic rock of the ‘60s and ‘70s, but also evokes direct influences of the Golden Age of Rock and Roll, such as country, blues, gospel, and psychedelia. The band has always mixed these sources into a whole, with exceptional taste, class and coherence. In 2013 they released their ‘Freedom’ EP, and 2015 saw the release of their second album, ‘Sonic Glory’, which also won a Fonogram Award for Best Hard Rock/Metal Album of the Year. Through the years the band became ever so professional, with an impression of being fully ready for an international career, an opinion also shared by several Hungarian music industry experts. Between the release of records, they are constantly touring, gigging, and - not sparing time, money and energy – building their friendships and connections abroad. In Hungary they have played as opening act for Airbourne, The Darkness, and Monster Magnet, and already plowed stages in Western-Europe, Canada and the U.S.A.

I’d also like to mention that Ozone Mama is one of the few bands these days, who with their perseverance, cohesion and humbleness, keep going forward on Rock ‘n’ Roll’s Stairway (which, contrary to popular belief, doesn’t always go to Heaven), so I would definitely set them as an example for all newcomer bands, regardless of what genre they are playing. As we know, keeping up the hard work brings its fruit: Arnold Schwarzenegger wrote it in connection with bodybuilding, as Steve Jobs did in the field of business management, and Ozone Mama could write as well about the international success of a small Hungarian rock band. And now, thanks to this systematic, brick-by-brick career buliding of the past years, the band got signed to the California-based Ripple Music record company, specialized in releasing heavy classic/vintage/americana rock music.
So nothing stands in the way of the starship, which took off in 2012, to switch its sonic orbit to supersonic, obeying the Calling of the Cosmos.

The new dose of songs on ‘Cosmos Calling’ is the kind of album you would expect from Ozone Mama, but at the same time it’s way more than that. Of course, at the end of 2017, when they served an appetizer single titled ‘High Ride’, and I listened to it at least twenty-many times right away, I already suspected that something great is in the making.

And I mean, something even greater than what we are used to hearing from the band. With this record, OM expanded the colorful and rich Southern rock heritage, and incorporated elements that weren’t present in it before.

The release of the album was endorsed by the Hungarian Cultural Fund, which made it possible for the band to dream big in relation to the studio recording and mixing-mastering phases: American sound engineers worked on Cosmos Calling’s final form, and their expertise is very evidently audible from the first measure to the very end of the record.

‘Evil Ways’, the album’s intro opens with some oriental mystique atmosphere reminiscent of the late 60’s popular music icons, with the only downside that it’s a bit too short. 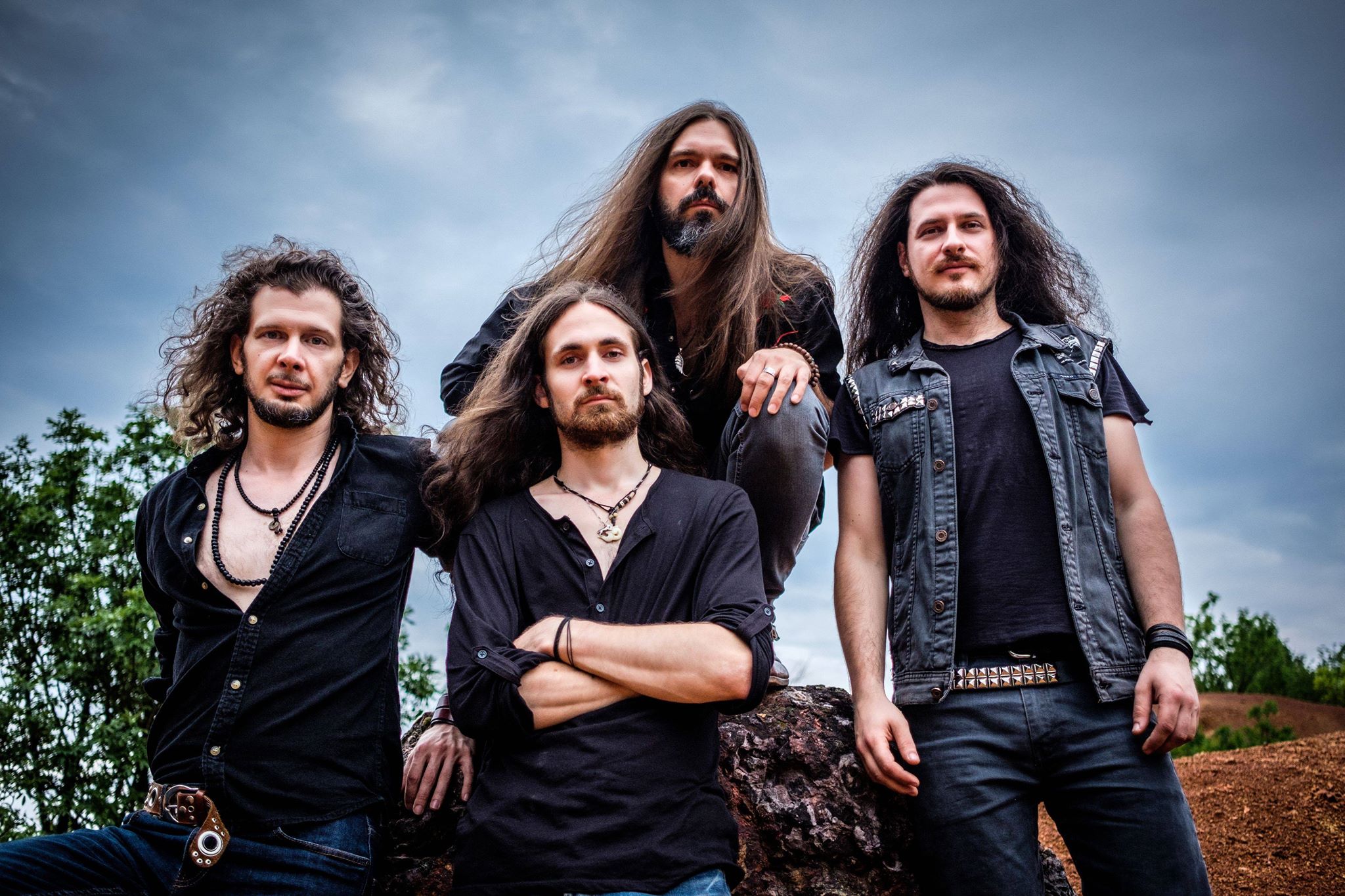 In contrast, the next one, ‘Straight On Till Morning Light’ brings back the beautiful traditional blues of traveling hippies, which is not a coincidence at all. The main songwriter of the group, Andy Gábor dedicated the song to the memory of Southern rock legend Gregg Allman, who passed away last year. Allman’s personality and music has been a tremendous inspiration for him, and by luck, had the pleasure of seeing Gregg play at the Laid Back Festival, Atlanta in 2016 October  - which turned out to be the last show he ever played. Thus, this experience became even more spiritual and personal for Andy.

The second song leaked to the public in December, ‘Doppelganger’ follows the same path after an opening which may bring Black Sabbath to mind. The already mentioned ‘High Ride’ is a magnificent and very catchy song at the same time. ‘Feel So Alive’ is the first number of the album that goes from melodic hooks to the territory of heavy riffing and chanting vocal lines, showing us another one of the band’s many faces, including another sweeping chorus by the unmistakable voice of singer Marci Székely. Next up, ‘Shout At The Sky’ and the title song ‘Cosmos Calling’ cuts back the tempo, but not in a bad sense of course – in fact, these two are my personal favourites on the record. Then, with ‘Freedom Fighters’ the guys pull up the BPM and crank the volume once again, only to keep us on our toes with the complex and refined rhythmic patterns of ‘Cold Light Of Day’. The following number, ‘The Alchemist’ brings us back to more spiritual themes. An interesting behind-the-scenes fact regarding this song is that the lyrics were written by a very good American friend of the band, Sam Presley III, who is also the leader of the Rival Sons fan club in the U.S.

With the closing ‘Moon Pilot’ we can really feel the Calling of the Cosmos, and towards the end of the song, also the rocket named Ozone Mama, which takes us there.